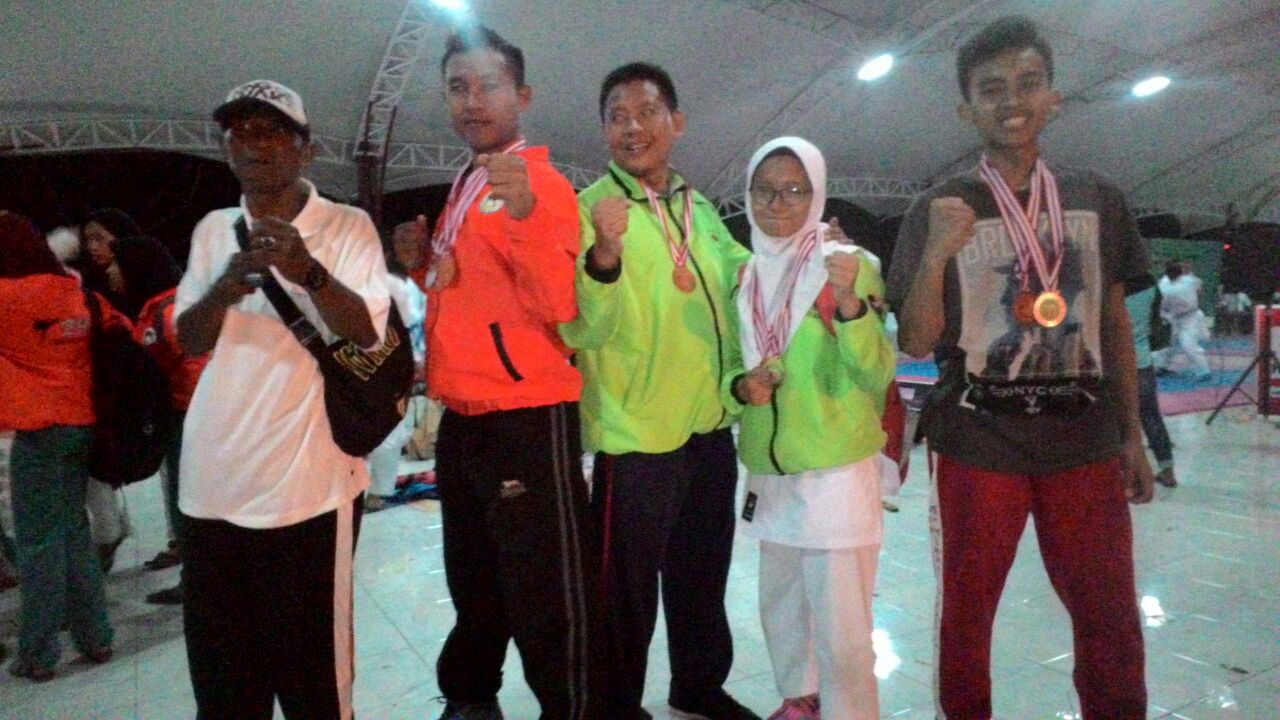 The Achievements of PORSWOOD KTI in Pasuruan Regent Cup Championship 2017

Pasuruan - PT Kutai Timber Indonesia through PORSWOOD KTI in Karate sports event has successful achievement in Pasuruan II Regent Cup championship in 2017 at Pasuruan Bangil, was held on 20 - 21 October 2017. The event was followed by 540 Karateka from all of East Java which was divided into 40 contested classes.

In the championship, PT. KTI sent 7 Karateka athletes and managed to get 5 medals from the 10 medals contested by all contingent participants from Probolinggo city which amounted to 21 people.

PORSWOOD KTI is an organization under PT. KTI which is in charge of sports and art talents among the employees or employees family of PT Kutai Timber Indonesia. PORSWOOD sport has some branches such as Badminton, Tennis, Table Tennis, Chess, Cycling, Hiking, Taekwondo, Soccer, Volleyball, Karate and Body Gym. Beside that, PORSWOOD Art consist of music and hadrah.

This achievement is the result of funding and infrastructure support provided by the management of PT Kutai Timber Indonesia. Hopefully, the sport and art of PORSWOOD KTI can get more achievements in the future.