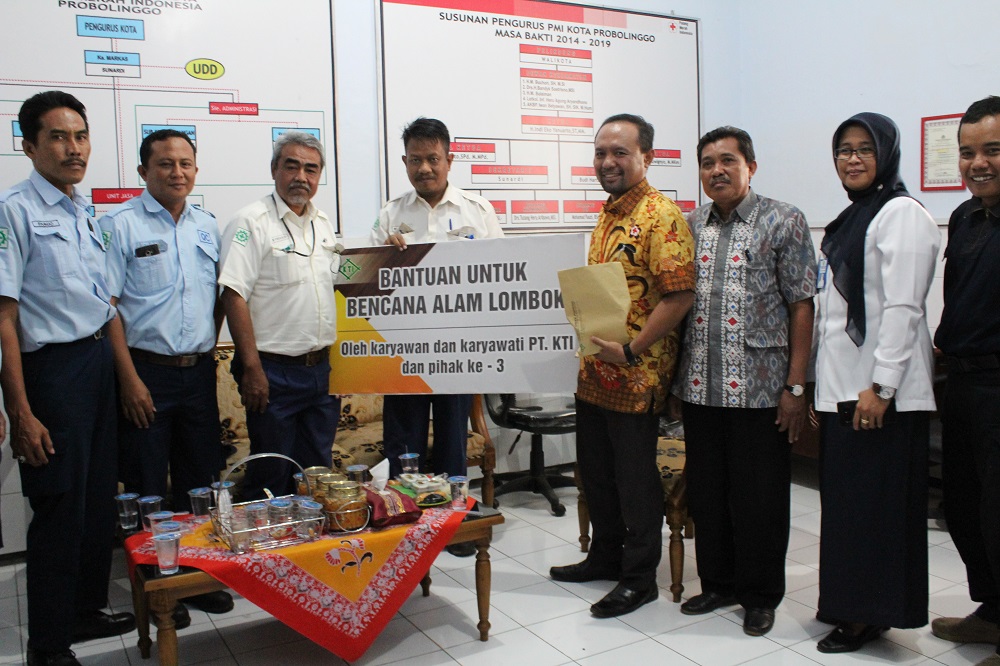 Probolinggo - Employees of PT Kutai Timber Indonesia cooperated with third parties to channel aid to the victims of the Lombok earthquake disaster. The assistance was given directly by the Head of HRD Mr.Rinca Setiawan and Mr. H. Firdaus Dja'far as Executive Officer of PT KTI to Indonesian Red Cross Probolinggo Chapter on October 17, 2018.

The assistance is a form of employee and company’s concern for natural disasters that occurred in Lombok in late July and August 2018. As it is known the impact of the earthquake that struck North Lombok has damaged various infrastructure such as government buildings, hospitals, places of worship, schools, houses and various other public facilities. Not only that, many people of Lombok also become victims both physically and psychologically.

With the assistance provided by PT Kutai Timber Indonesia, it is expected to help ease the burden of our brothers and sisters who become victims of the Lombok earthquake. It is hoped that Lombok can re-organize and rise again and hopefully it can foster a sense of brotherhood and increase awareness of natural disasters.